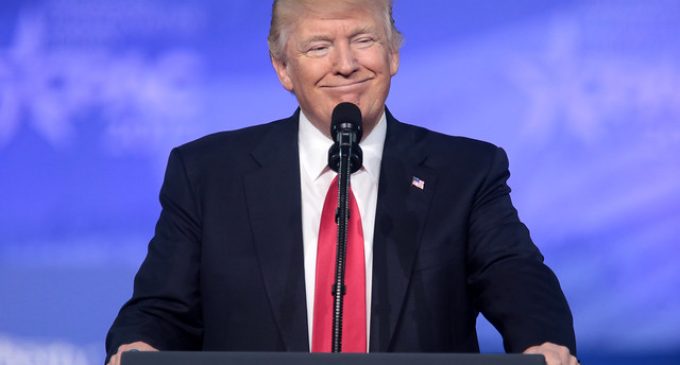 Telling the Democratic “Squad” to “go back” and help fix the “totally broken and crime-infested places from which they came” caused Republican support for President Trump to jump five points in the latest Reuters/Ipsos poll. The president had a net 67 percent approval rating among Republicans but in the latest poll, that number climbed to 72 percent approval.

Similarly, 90 percent of Trump supporters said they liked the president’s tweets, while less than ten percent called them “bad” or “terrible.”

Among Hispanic American voters, a majority of 52 percent said they liked Trump’s tweets and about 53 percent of white Americans said the same.

Swing voters are largely split about their feelings towards Trump’s “go back” comments. While 48 percent of swing voters said they think the tweets are “great,” “good,” or “okay,” another 51 percent said they found the tweets to be “bad” or “terrible.”

The trends are quite interesting. Hispanic Americans support the tweets just as much as your average white American.

These two polls about Trump’s weekend tweets can only demoralize a fake news media that was pretty sure… We got Drumpf this time!

But once again, it was all fake news — not just the outrage around the so-called controversy,  but the facts behind the controversy.

Every fair-minded person knows nothing Trump tweeted was racist. He never even mentioned race. What’s more, he didn’t tell anyone to “go home.” He told them to go and “come back.”

What he was doing, as any educated and fair-minded person will tell you, is making a larger point about The Four Harridans of the Demopalypse — how they despise this country, demonize law enforcement as Nazis, appease terrorism, crave personal political power through the horrors of socialism, and are straight up racists and antisemites eager to implement policies that prioritize illegal aliens over American citizens and legal immigrants.