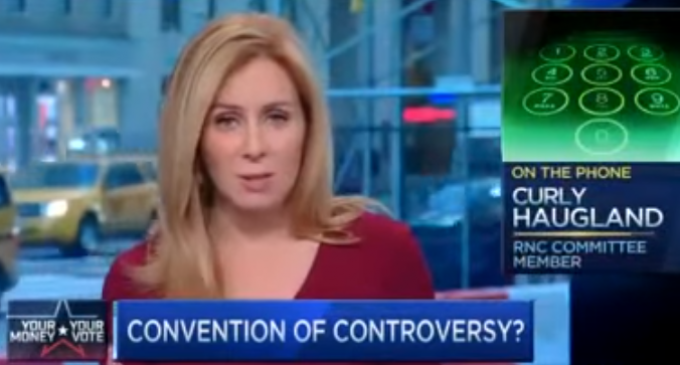 The brokered convention is all the buzz these day in GOP circles, as anti-Trumpers look for ways to keep him from getting the nomination.  Without having the 1,237 delegates needed to win the GOP nomination before the convention, Trump could face a loss at the hands of the political party.

North Dakota GOP delegate Curly Haugland told CNBC's Squawk Box that the media has given the public the perception that the voters choose the nomination.  “That's the conflict here”, he says.  He explained that it is not the voters, but the political parties that choose their presidential nominees.  As one of 112 Republican delegates, Haugland stated he is “not required to cast their support” for any particular candidate as their territories and states do not hold caucuses or primaries.

Read all about it on the next page.