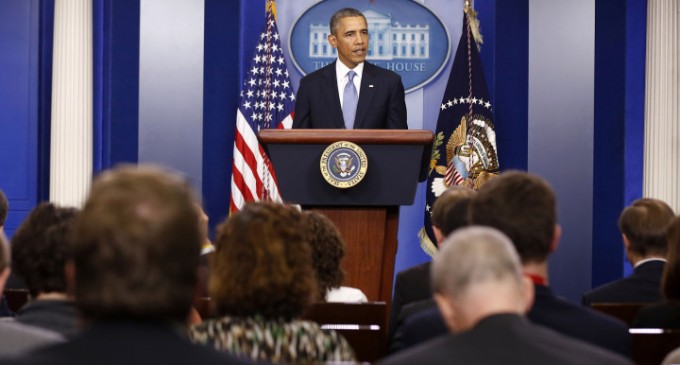 C'mon journalists! You aren't doing your job if you aren't in there seeking and reporting the truth you're just being a puppet.

Remember: FEAR is a LIAR

Many reporters covering national security and government policy in Washington these days are taking precautions to keep their sources from becoming casualties in the Obama administration’s war on leaks. They and their remaining government sources often avoid phone conversations and e-mail exchanges, arranging furtive one-on-one meetings instead.

“We have to think more about when we use cellphones, when we use e-mail and when we need to meet sources in person,” said Michael Oreskes, senior managing editor of the Associated Press. “We need to be more and more aware that government can track our work without talking to our reporters, without letting us know.”

These concerns, expressed by numerous journalists I interviewed, are well-founded. Relying on the 1917 Espionage Act, which was rarely invoked before President Obama took office, this administration has secretly used the phone and e-mail records of government officials and reporters to identify and prosecute government sources for national-security stories.

Just two weeks ago, the Justice Department announced that Donald Sachtleben, a former FBI bomb technician who had also worked as a contractor for the bureau, had agreed to plead guilty to “unlawfully disclosing national-defense information relating to a disrupted terrorist plot” in Yemen last year. “Sachtleben was identified as a suspect in the case of this unauthorized disclosure” to an Associated Press reporter, according to the announcement, “only after toll records for phone numbers related to the reporter were obtained through a subpoena and compared to other evidence collected during the leak investigation.”

Times reporter Scott Shane, whose e-mail traffic with a former CIA officer was subpoenaed and seized, told me that the chilling lesson “is that seemingly innocuous e-mails not containing classified information can be construed as a crime.”