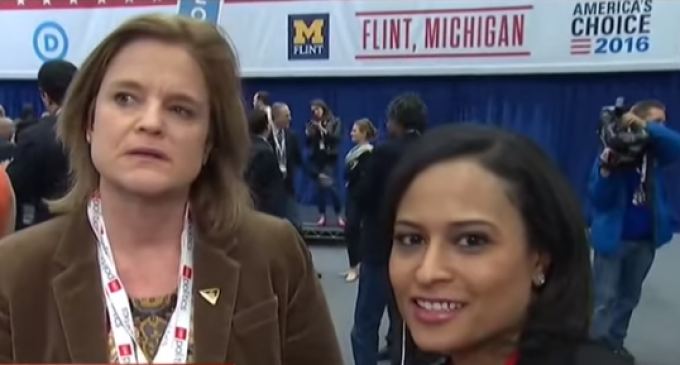 Everybody knows the mainstream media has a liberal bias, and with that liberal bias comes the obvious adoration  and coddling of Hillary Clinton, but it's not very often we get proof.

Sure. We've heard reports that journalists have reached out to the Clintons for talking points, and accusations that reporters are feeding questions to Clinton surrogates before interview, but recent snafu on MSNBC has given us a look at the practice on live TV.

An MSNBC reporter wasn't aware that she had gone live, and before anyone could tell her, she was caught prepping a Clinton supporter on the questions she was going to ask.

It was as awkward as you'd imagine, and just confirms what we had always known. MSNBC tried to cover the mistake by cutting back to the news room, but the damage was already done.

See the embarrassing mistake on the next page: