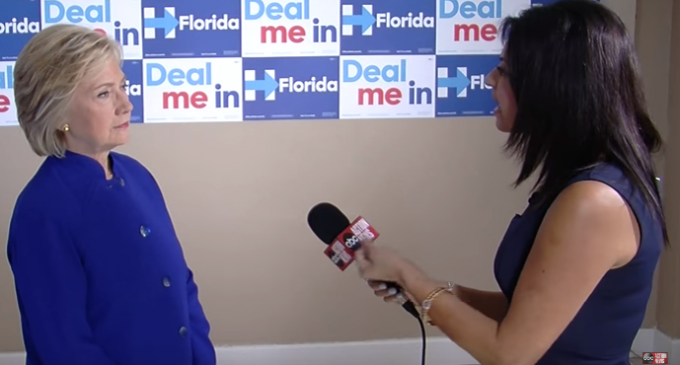 Hillary Clinton is nothing if not slippery, and it's becoming obvious even to the mainstream media that has loyally protected her this past election cycle.

During an interview with a reporter for the Tampa Bay ABC affiliate, the Democratic candidate was shocked to be asked a question that deviated from the presumed list of “acceptable” topics to ask her about: namely, the state of her health and the implications it could possibly have for a Clinton presidency.

As astute observers might have already gathered, Clinton seemed shocked to be asked such a frank but pertinent question, especially from a reporter who had up until that point been almost reverent in her treatment of her. To show her regard for Americans who worry about her health, Clinton let out a boisterous laugh and made a snide remark before saying she would do nothing to convince them that their concerns were unfounded.