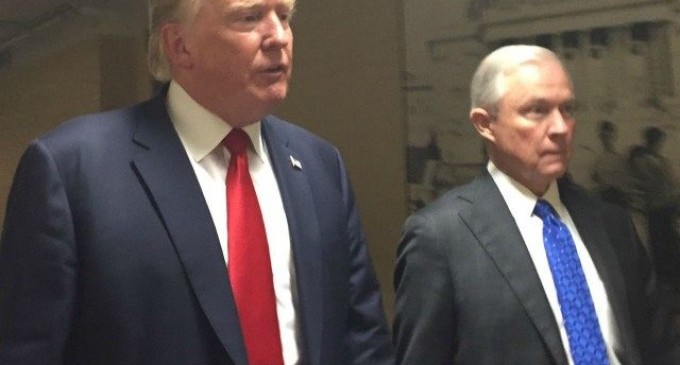 And to be honest it hardly seems accurate anymore to describe the current political situation unfolding right now in Washington as a swamp. It is a cannibalistic savage jungle. Which would be a perfect segue into a joke about the brain eating cannibals over at the Counterfeit News Network, but we have to hurry and get this one out before the Fake News Industrial Complex starts running a debauched, falsified version of this story.

The meaty part of this breaking story – Trump’s rumored new pick for AG, and how this will all change the trajectory of the Justice Department, all on the next page