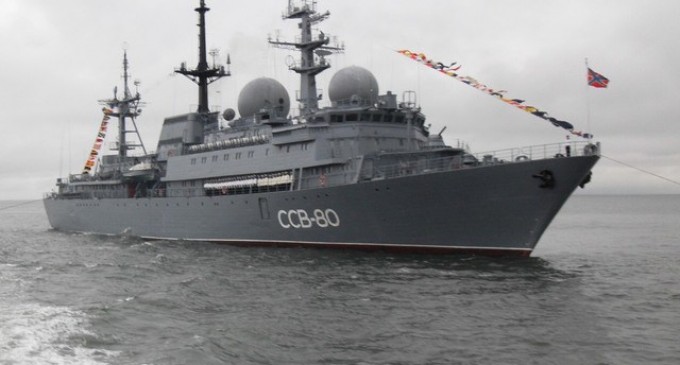 Russia, under Vladimir Putin, is becoming extremely aggressive in its military actions and posture. It is in indication that Putin is determined to return Russia to the world stage as a strong player and super power after its fall in the last few decades when it became an economic basket case. And Putin, as a pugnacious former KGB officer would, is determined to be quite blatant about his ambitions.

His push into Ukraine and other areas to capture new territory, his warnings about arming Poland, and his recent military taunting of U.S. naval and air force assets have clearly shown his willingness to take on the United States and NATO. And he has clearly demonstrated he has no respect for President Obama, and Obama has shown that he will immediately roll over whenever Putin challenges him.

The newest challenge is a spy ship that Russian has dispatched to the coast of Hawaii where naval exercises involving 25 countries are taking place, according to the U.S. Naval Institute. It is worrisome and dangerous.