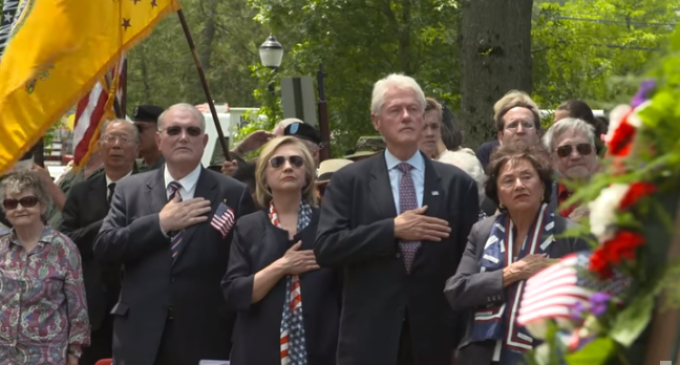 Hillary Clinton is a noxious, vile woman, and it is a mystery why anyone would want to vote for her or even associate with her. Donald Trump's nickname for her, Crooked Hillary, truly fits because she lies and obfuscates and twists the truth in so many ways that simply calling her a liar would not suffice. Trump is also clever in calling Clinton out and letting her expose her failings, as happened this past weekend.

Recently Clinton claimed that Trump held a fund raiser for the military but never distributed the money. In fact, he Trump he had pledges of close to $6 million, including $1 million that he personally donated, but he had not released where the money had gone. Clinton claimed that he had kept the money, making him a fraud and a thief, but this past weekend, he released a full accounting, showing a long list of recipient organizations and total distribution of $5.6 million dollars. Trump said it took some time to verify all of the organizations that received money, and that some pledges had still not been received, but it completely exonerated him and showed he was as good as his word. But then Trump turned the tables on Clinton and asked her to indicate how much she and husband Bill have donated to military organizations over the last few years.

In addition to Trump releasing the totals donated to veterans and other military groups, he had this to say at a press conference about the Clinton's giving; “Find out how much Hillary Clinton’s given to the veterans,” Trump dared reporters gathered at Trump Tower yesterday. “Nothing.”

Read page 2 to see how much Clinton has donated to military organizations: