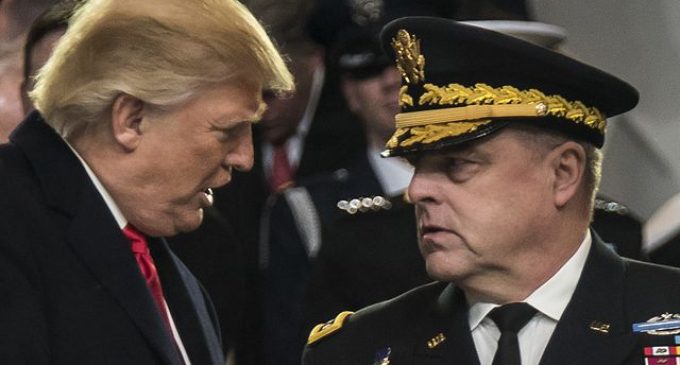 The book tells how the ‘woke' general told China in two secret phone calls that if President Trump ever decided to attack, he would give them an advanced warning.

“In a pair of secret phone calls, Gen. Mark A. Milley, the chairman of the Joint Chiefs of Staff, assured his Chinese counterpart, Gen. Li Zuocheng of the PLA, that the U.S. would not strike, according to the new book by Woodward.

The pretense given is that Milley was worried that after the January 6 Capitol breach, Trump could “go rogue” and launch a military strike or even nukes against China.