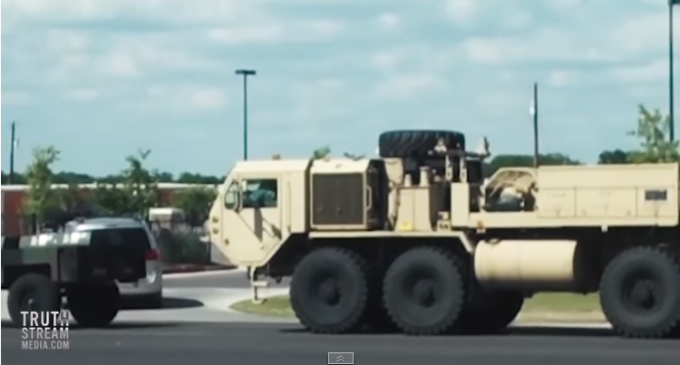 Truthstream Media published a video at the end of last month of a large scale military drill involving 3000 soldiers and numerous military helicopters.

The drill was conducted in the Round Rock/Hutto/Georgetown/Taylor area of Texas, not close a military base.

Truthstream claims to have been told the drill was in preparation for civil unrest. The alternative media source also states they have received numerous reports from all over the country on an increased level of military activity, yet reported on a national level.