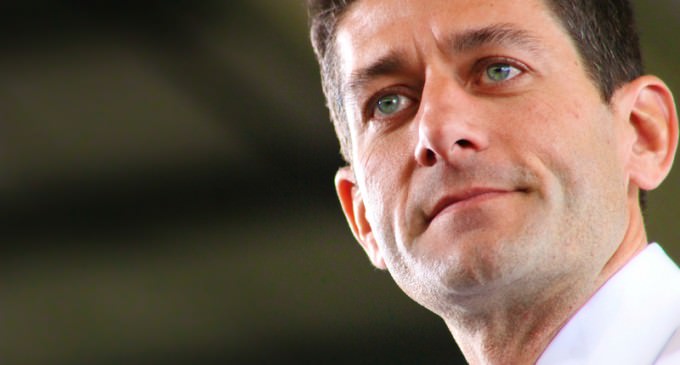 The swamp isn’t limited to one party. And Republican leadership is doing everything in their power to stall major legislative victories for the MAGA agenda. But, that sure doesn't stop them from waxing eloquent on how they’ll be sure to pass legislation ensuring DREAMers get permanent residence in this country, of course.

You know you’ve failed as a politician when even Nancy Pelosi is more liked by Conservatives than you, Paul Ryan. Word on the street outside Congress is that his days may be numbered. Quiet conversations between Rep. Mark Meadows (R – N.C.), chairman of the House Freedom Caucus, and Rep. Jim Jordan (R-Ohio) alongside reported allies such as Steve Bannon, former advisor to President Trump, reveal a shocking new insight concerning Ryan’s political future and current standing with Congress. Continue to the next page to learn the names being floated as a replacement and the odds of Ryan actually being kicked out as “Sucker of the House”.