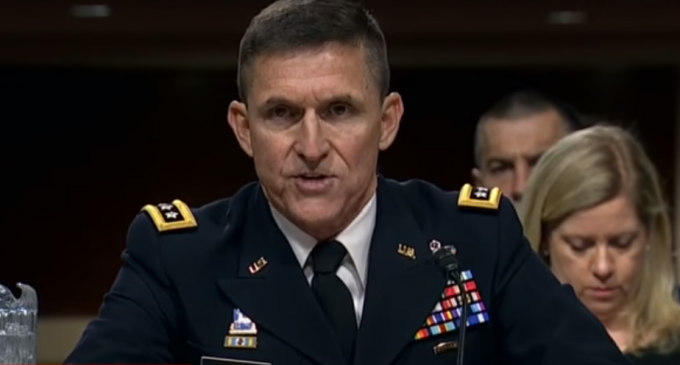 Lt. Gen. Michael Flynn was “set up” because he was preparing to “audit” the U.S. intelligence community, according to Flynn's attorney, Sidney Powell.

In 2014, Barack Obama fired Michael Flynn from his post as director of the defense intelligence agency without providing an explanation as to why. This after granting him the highest security clearance.

Flynn then set about giving speeches, a common practice for those having left the political arena. After speaking engagements around the world, including Russia, Flynn joined the Trump admin as National Security Advisor in 2016.

As Deep State players started crafting their Russia Collusion narrative, Flynn's speaking engagements killed two birds with one stone: provide ‘evidence' of Trump's ties with Russia while providing a means to rid of Flynn, who was allegedly threatening to expose wrongdoing by top intelligence officials in the Obama administration.

Flynn had broken no laws while speaking in Russia or in his call with a Russian ambassador, so one had to be created. Unsealed FBI notes reveal the intent of the interview with Flynn on FBI’s 1/24/17:

“What is our goal? Truth/Admission or to get him to lie, so we can prosecute [Flynn] or get him fired?”

Continue to page 2 for details on what Flynn was allegedly going to expose that got him ‘taken down'.