On Monday Florida Gov. DeSantis called for “mad scientist” Fauci to be fired and investigated for funding gain-of-function research torture of Beagles.

“You can’t have mad scientists running around playing ‘God’ like this and then come to find out what else is Fauci and NIH doing? They’re doing cruel experiments on puppies!” DeSantis said. “I really think Fauci needs to be held accountable…the whole lot of them need to be cleaned out…”

It's horrifying enough to carry out grotesque abuses against animals, when you are capable of conducting medical experiments on people you've certainly entered a whole new realm. 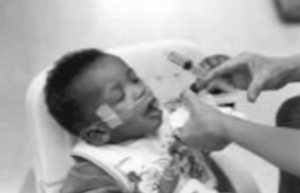 In 2005, the city of New York hired the VERA Institute to form a final report on the drug trials. VERA was given no access to medical records for any of the children used in trials. Their report was published in 2008.

They reported that twenty-five children died during the drug studies, that an additional fifty-five children died following the studies (in foster care), and, according to Tim Ross, Director of the Child Welfare program at VERA (as of 2009), 29% of the remaining 417 children who were used in drug studies had died (out of a total 532 children that are admitted to have been used). [LINK]

The WIKIPEDIA writers cover up all details, as is expected.

No payment or compensation has been paid to any of the children used in the trials, or to their families.

A hospital nurse later spoke out to reporters about the testing. She reported that children would immediately get sick, break out or throw up during the testing.

They were orphans at the Incarnation Children’s Center in New York City.

Nazi SS physician Josef Mengele would have been proud.