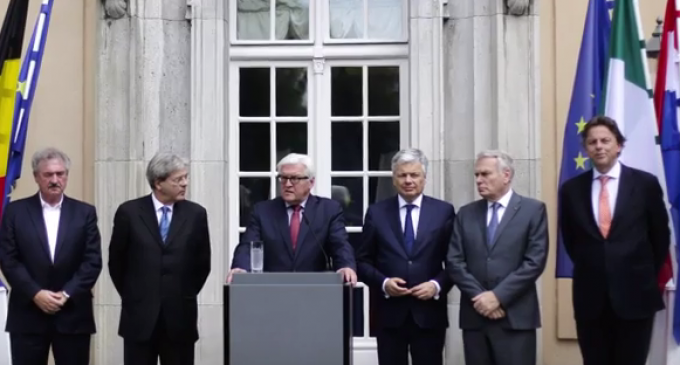 Liberal elites the world over want more. More power, more financial control, more real estate, abd more rules.  The recent departure of Britain from the European Union, at least the decision by the voters to come out from under the umbrella of the organization, has caused panic among the major European power players. There are now whisperings from other member nations that contemplate doing the same thing as Britian, and some European nations are questioning whether being part of the collective is more harmful than beneficial.

The truth is that there have always been leaders who dream of a one-world government, with the elite ruling at the top of the heap. The European Union was always a dicey proposition, uniting nations and cultures under a semi universal government and economy, while retaining a local “flavor” of self determination. The problem with such structures is that there are always technocrats who want more centralized control and power, not to mention greater control over the wealth of member nations. These technocrats are ragingly mad at the Brits for the audacity of snubbing the collective, and they have vowed to make them pay. At the same time, central government elites have vowed to prevent any other nations from slipping away, and that can only happen if they completely remove the very identity of separate nations from within the European Union.

See more on the One Europe plan on page 2: