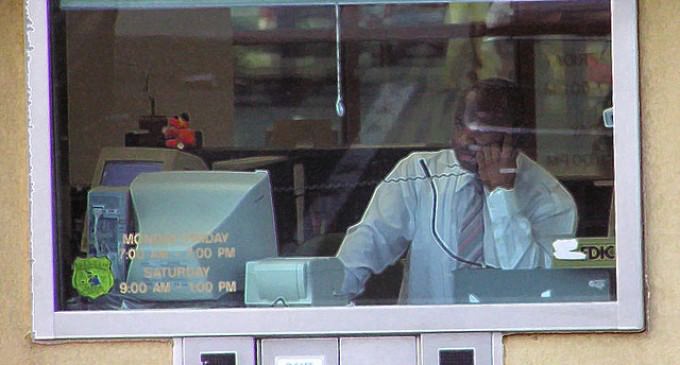 Leslie R. Caldwell, former Assistant Attorney General for the Criminal Division of the DOJ, told a group of bankers while in office that they need to expand upon the ‘suspicious activity reports’ they are required to file on their customers by calling law enforcement directly on anyone withdrawing a large amount of cash, according to investor and financial blogger Simon Black.

Banks are already required to file ‘suspicious activity reports’ on their customers, with threats of fines and even jail time for directors if financial institutions don’t meet quotas.

But as investor and financial blogger Simon Black points out, last week, “A senior official from the Justice Department spoke to a group of bankers about the need for them to rat out their customers to the police.”

Assistant attorney general Leslie Caldwell gave a speech in which he urged banks to “alert law enforcement authorities about the problem” so that police can “seize the funds” or at least “initiate an investigation”.

As Black highlights, according to the handbook for the Federal Financial Institution Examination Council, such suspicious activity includes, “Transactions conducted or attempted by, at, or through the bank (or an affiliate) and aggregating $5,000 or more…”

Black provides a chilling scenario under which an attempt to withdraw your own money from your bank account could end with a home visit from the cops.

“As you pull into your driveway later there’s an unexpected surprise waiting for you: two police officers would like to have a word with you about your intended withdrawal earlier,” writes Black, who accuses banks of already operating as “unpaid government spies”.

“Do you need to withdraw cash to purchase a used car from a private seller? Or perhaps you are pulling out some emergency cash for a loved one,” writes Mac Slavo.

“Either one of these activities are now considered suspicious and if your cash withdrawal amounts to even a few thousand dollars your bank teller is under a legal requirement to alert officials about your suspected criminal activity. And before you argue that you can’t possibly be a suspect because you have done nothing wrong, consider that even being suspected of being a suspect is now enough to land you on a terrorist watchlist in America.”

The war on cash is intensifying as authorities attempt to crack down on one of the few remaining modes of anonymity.

Over in France, Finance Minister Michel Sapin hailed the introduction of measures set to come into force in September which will restrict French citizens from making cash payments over 1,000 euros.

The new regulations, introduced in the name of fighting terrorism, will also see cash deposits of over 10,000 euros during a single month reported to anti-fraud authorities.

Meanwhile, in the UK, HSBC is now interrogating its account holders on how they earn and spend their money as well as restricting large cash withdrawals for customers from £5000 upwards.

Back in America, purchasing Amtrak train tickets with cash is being treated as a suspicious activity as part of a number of behaviors that are “indicative of criminal activity”.

Banks are also making it harder for customers to withdraw and deposit cash, with Chase imposing new capital controls that mandate identification for cash deposits and ban cash being deposited into another person’s account.