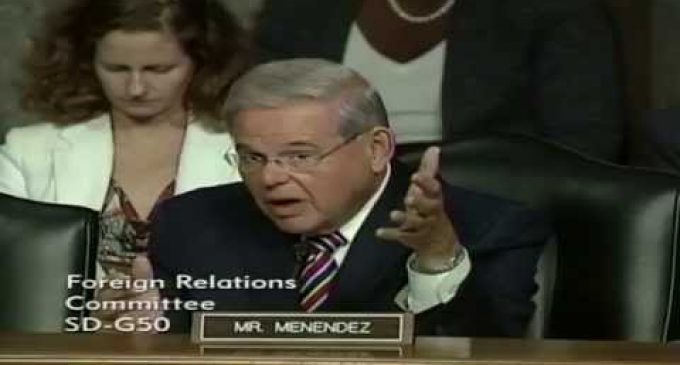 It's common for people to laugh off the notion that the media and political establishment are working together to get Hillary Clinton elected, but they won't be laughing when they read what happened between a sitting United States senator and her cronies.

Politics is a dirty game, but it sounds like the Democratic candidate's staff took it to a whole new level when she was being questioned about the tragic 2012 attacks in Benghazi that resulted in the deaths of four Americans. In the wake of that inexcusable disaster, the American people demanded answers from their government and then-Secretary of State Clinton. Little did they know that it would be her who determined which questions would be asked.

According to newly-surfaced emails, a top Clinton associate instructed, or appeared to instruct, Senator Robert Menendez to ask questions about her whereabouts at the time of the attack and emails from ambassador Chris Stevens regarding his location during the hearing she was to testify before. Sure enough, the very first thing Menendez asked Hillary about was – you guessed it – her whereabouts and Stevens' emails.

Read more on the next page;