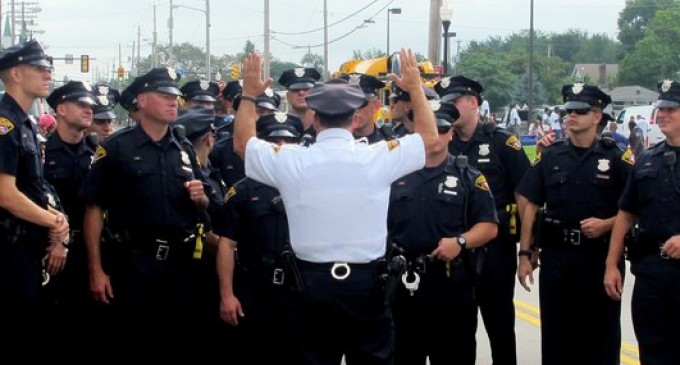 Anyone planning to travel to the Republican National Convention this upcoming week will want to be extra careful after hearing how law enforcement plans to respond to the planned leftist protests.

While protesting politicians and positions one disagrees with has been a staple of American life since the country's inception, modern left-wingers have stretched the peaceful, nonviolent understanding of that tradition into a rowdy, hostile form that regularly leads to violent confrontations between liberals and anyone who expresses views different from them. The most prominent example of this intolerant liberalism is San Jose, where agitators opposed to Donald Trump assaulted the GOP candidate's supporters and vandalized police vehicles. Yet if the Cleveland Police Department handles this week's upcoming protests the way it says it plans to, then San Jose will look like a picnic compared to Cleveland.

Unwilling to keep the demonstrators in line, local authorities have directed police to stand down instead of engaging with the protestors. This means that they will effectively have free reign over the area and thus able to harass and even attack RNC attendees at will.