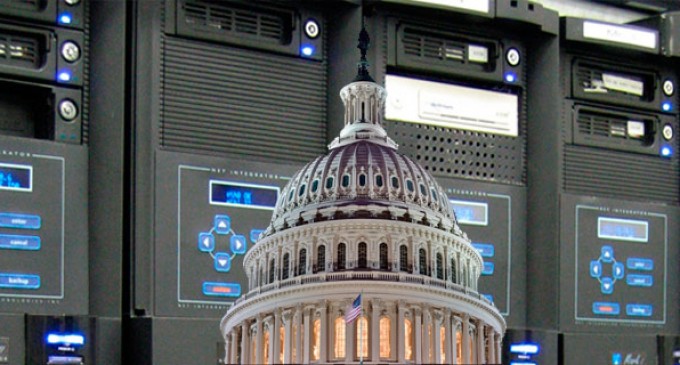 A tech startup company in California, PlaceAVote, would like legislation to be voted on by citizens, replacing Congress.

The company has 2 candidates running for Congress who promise to vote according to tallies from the public.

The startup, PlaceAVote, envisions Americans voting on legislation through their software system and is currently running two candidates for Congress, both software engineers, who vow to vote according to the tallies recorded by the system.

One of PlaceAVote’s candidates, John Catano, said that the Founding Fathers “designed a political system that countless others have been based off of.”

“That being said, if they had access to current technology, don’t you think they would use some of it to address the will of the people?” He asked.

While the push to bring back power to the individual is encouraging, especially when the congressional approval rating is in the single digits, there are, however, some pitfalls with the concept, which appears to revolve around the “will of the majority.”

For one thing, the creators of PlaceAVote announced they are “committed to democracy.”

But America was founded as a republic under the rule of law with respect to individual liberties, not as a democracy which only leads to mob rule fueled by the unrestrained whims of the public.

In other words, the Founding Fathers did not want a democracy in which the birth rights of the minority could be voted away by the majority.

Additionally, there is always the possibility that voting software can be manipulated or hacked by corrupt officials, allowing the establishment to flip votes in its favor while also giving individual voters the false impression that they are more empowered than ever before.

It’s been well documented that electronic voting machines, for example, are extremely vulnerable to voting fraud.

The Government Accountability Office even admitted as far back as 2005 that it was possible for voting staff to alter electronic ballots without being detected.

“This critical finding confirms that rigging the 2004 vote did not require a ‘widespread conspiracy’ but rather the cooperation of a very small number of operatives with the power to tap into the networked machines and thus change large numbers of votes at will,” the GAO declared in its report on the 2004 presidential election. “With 800,000 votes cast on electronic machines in Ohio, flipping the number needed to give Bush 118,775 could be easily done by just one programmer.”

While steps should be taken to empower the individual in the face of collective tyranny, attempting to do so with mobocratic concepts and fallible technology is fraught with danger.