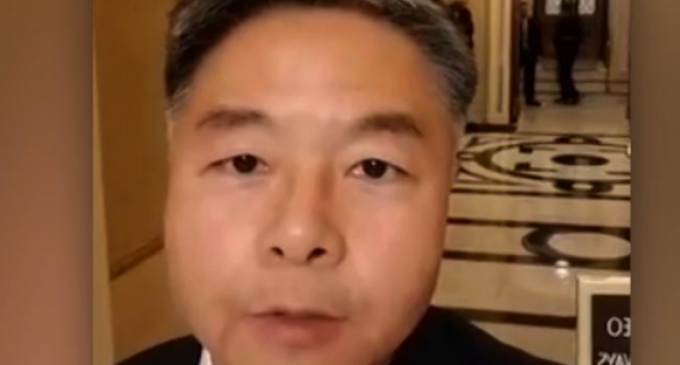 The Democrats just want to lose. It is starting to seem almost inevitable that Republicans will win in a landslide during the 2018 elections. People don't want disrespectful politicians representing their country. No further example of this is needed then the recent fiasco that just unfolded in Congress.

Most people would feel that it is appropriate for government officials to take a moment of silence following a national tragedy.

Rep Ted Lieu (D-CA), who represents one of the wealthiest districts in the country sees things quite differently.

Rep Lieu had the audacity to say the most dreadful things about our country after refusing to take a moment of silence for the dozens of churchgoers killed during the Sutherland Springs shooting.