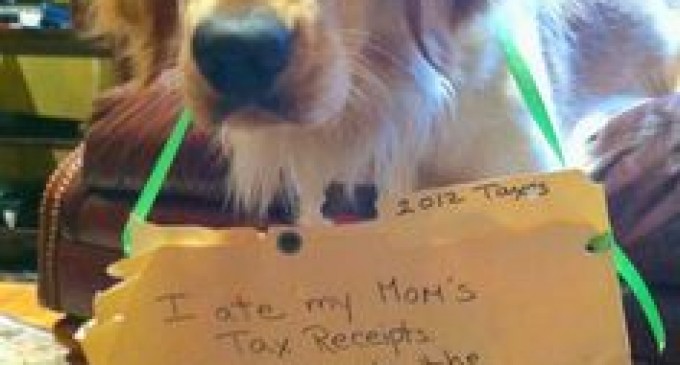 In reaction to the IRS giving incredibly flimsy excuses for not producing the incriminating Lois Lerner emails, Rep. Steve Stockman (R-Texas) has proposed “The Dog Ate My Tax Receipts Resolution”. A obvious, but poignant joke.

The resolution may be cited as the “Dog Ate My Tax Receipts Resolution.”

Whereas, the IRS claims that convenient, unexplained, miscellaneous computer malfunction is sufficient justification not to produce specific, critical documentation; and,

Whereas, fairness and Due Process demand that the American taxpayer be granted no less latitude than we afford the bureaucrats employed presently at the IRS;

All taxpayers shall be given the benefit of the doubt when not producing critical documentation, so long as the taxpayer’s excuse therefore falls into one of the following categories:

In any case, IRS can see the NSA for a good, high quality copy. 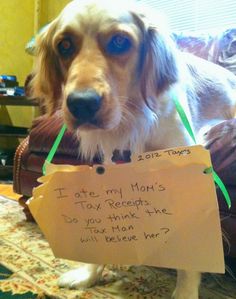