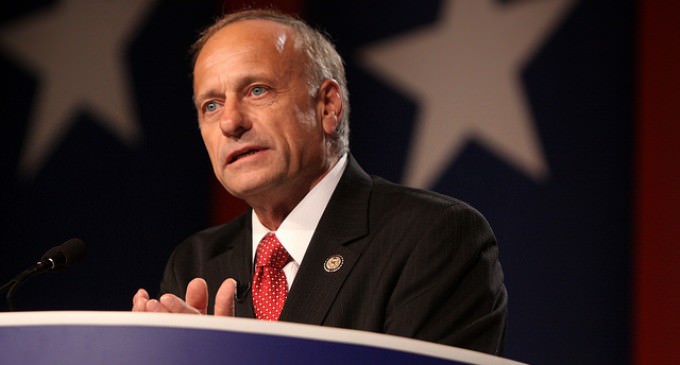 Iowa Republican Rep. Steve King stated in a recent interview that if Obama gives a unilateral amnesty to the millions of illegal immigrants here in the U.S. like he is rumored to do, that Americans should march on Washington and ‘surround the White House' to stop him.

“If the President takes this action and I believe he will, he will have abandoned every pretense that he is bound by the Constitution of the United States and if the American people take that sitting down or lying down then our Constitutional Republic has been destroyed to the point where putting it back together again in our lifetime looks to me like its a very difficult task,” stated King.

To Read More And Watch Video Click The Link Below: