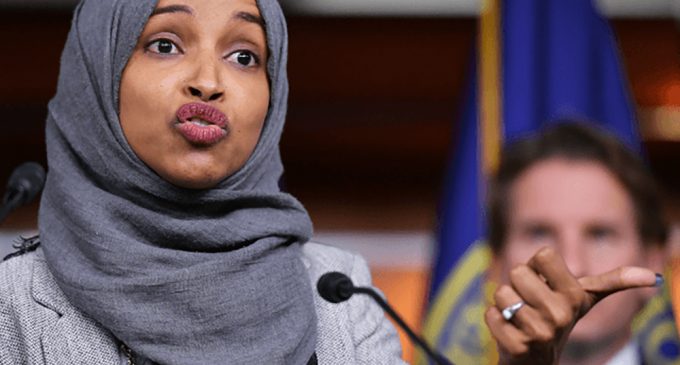 Reps. Ilhan Omar (D-MN) and Rashida Tlaib (D-MI) have officially been denied entry to Israel over their support for the BDS movement and anti-Semitic remarks.

“It would show great weakness if Israel allowed Rep. Omar and Rep.Tlaib to visit. They hate Israel & all Jewish people, & there is nothing that can be said or done to change their minds,” the president tweeted. “Minnesota and Michigan will have a hard time putting them back in office. They are a disgrace!”

“Israel has decided — we won’t enable the members of Congress to enter the country,” Hotovely said on Israeli public radio.

“We won’t allow those who deny our right to exist in this world to enter Israel. In principle this is a very justified decision,” she added.

Israeli Prime Minister Benjamin Netanyahu has issued a statement, saying, “The two-member congressional visitation plan shows that their intent is to hurt Israel and increase its unrest against it.”

In July, the House of Representatives overwhelmingly passed a resolution rejecting the BDS campaign targeting Israel — a measure Omar and Tlaib voted against.

Omar previously introduced a measure countering the anti-BDS resolution which affirms Americans’ right to participate in boycotts. Tlaib is a co-sponsor of the bill.

The two lawmakers have sparked various political firestorms due to their repeated antisemitic remarks. Omar garnered fierce blowback for suggesting pro-Israel groups such as AIPAC bribe members of Congress to support the Jewish state. In 2012, Omar accused in a tweet that Israel had “hypnotized the world.” Earlier this year, Tlaib attacked pro-Israel senators, tweeting that they ”forgot what country they represent.”