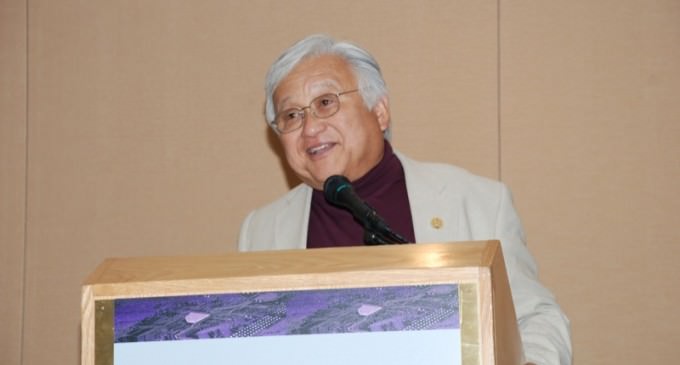 “This bill will keep military body armor out of the wrong hands,” Honda stated. “It would ensure that only law enforcement, firefighters and other first responders would be able to access enhanced body armor.”

“We're not talking about just a standard bullet-proof vest,” Honda said. “We're talking about body armor that is designed for warfare, designed to protect against law enforcement ammunitions.”

Yet more garbage from a communist politician who knows nothing about guns. There is no such thing as ‘law enforcement ammunitions'. Cops pretty much use the same bullets as everyone else. Of course, with the militarization of law enforcement taking place across the country that could change at any time.

Honda also states,  “Access to military-grade body armor emboldens criminals and mass shooters to act. “There's nothing more dangerous than an unstoppable, well-armored shooter,” he said. “The law enforcement community sees an increase in use of body armor in violent, gun-related crimes.”

So violent criminals would become more violent, more 'emboldened', with military body armor as opposed to a regular body armor? It's absurd to think this bill is about protecting society from violent criminals, it's about arms control. Always will be with liberals.

The congressman cited a shooting on July 22 in Riverside County, where a man wearing body armor and armed with an assault rifle shot and killed two sheriff's deputies and wounded another.

“We should be asking ourselves, why is this armor available to just anyone, if it was designed to be used only by our solders to take to war?” Honda said.

He said he introduced the bill, H.R. 5344, the Responsible Body Armor Possession Act of 2014, in Congress last week.

The proposed law would prohibit the sale, transfer or possession of military-level body armor by civilians.

Honda said it has been endorsed by law enforcement organizations including the California State Sheriffs' Association, the Fraternal Order of Police and the Peace Officers Research Association of California, according to Honda.