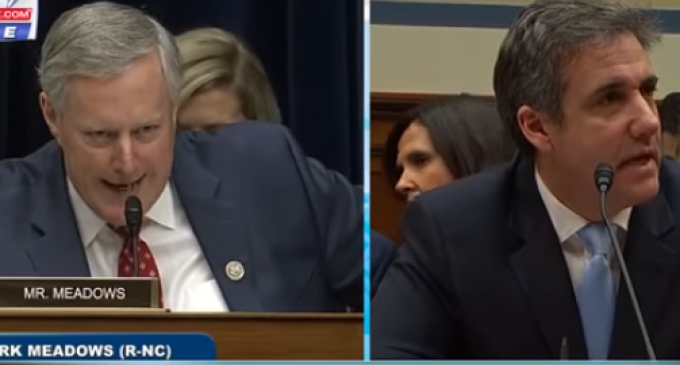 Another day and another couple of lies come from President Trump’s ex-attorney Michael Cohen.

“I ask unanimous consent that my letter referring Mr. Cohen for violating FARA for illegal lobbying activity be entered into the record,” Meadows said Wednesday as Cohen testified before the House Oversight Committee.

Democrats are truly desperate to think they will gain anything by parading this convicted liar around. Even CNN had to admit that Cohen lied about yet another matter today, calling out Cohen for making a false claim when he said he never wanted a job in the Trump White House during his testimony before the House Oversight Committee.

Turn the page for more details on these latest Cohen fabrications.