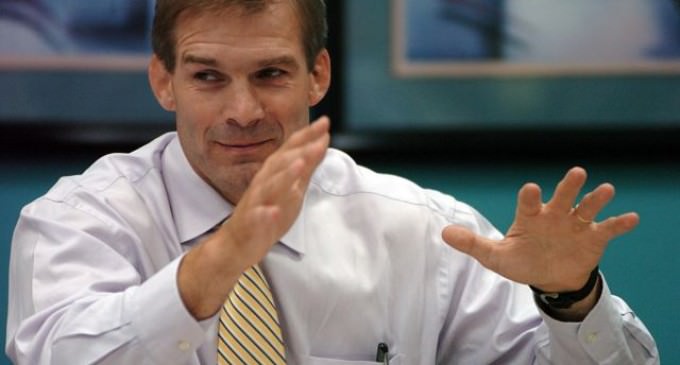 In an interview with Laura Ingraham, Republican Representative Jim Jordan of Ohio was pressed on whether he supported lowering immigration levels into the United States. He dodged, but then went on to suggest that immigration levels must remain at current levels in order to help employers find workers. How is this possible in an economy with so many out of work? Because “there’s a number of people who can’t pass the drug screen,” according to Jordan.

Such is a significant claim, as this week saw the election of a new Speaker of the House, Paul Ryan. Having historically been a supporter of easier access to immigration into the United States, Ryan and Jim, a House Freedom Caucus member, will now have huge influence over immigration policy in the United States.

To read more about Jim Jordan's interview on immigration continue to page two: