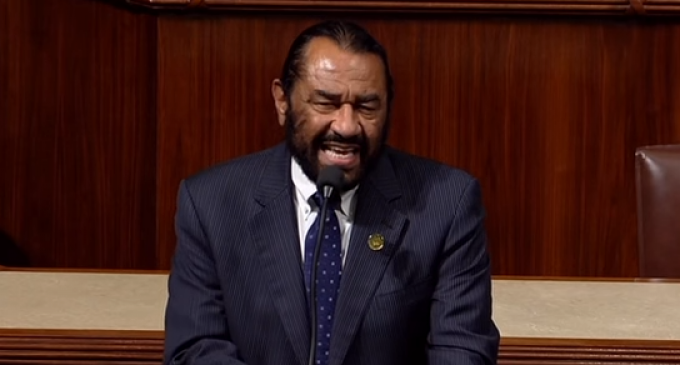 It is a shame that you really don’t have to have a fully capable and working brain in order to be elected to the House of Misrepresentatives.  Maxine Waters (JA-CA) is a living example of that statement.

And apparently, Al Green (JA-TX) is the pure physical embodiment of that statement as well.  The latest in a series of idiotic announcements and pronouncements by this mental midget has caused quite a stir and all the Leftists in the world of academia scrambling to find out if what he said was true!

Even the Washington Post, the Huffington Post and Politico are removing the dust and old Archie Comic Books from the tops of their old and unused papers on the Constitution in order to find some obscure passage or phrase that supports this maniac’s idea of what the Founding Fathers meant by the word.

What was the word to which he referred?

Impeachment…what else?  Isn’t that the only word nowadays that Party of the Jackass members recite on nearly a daily basis?

In a recent interview on Sirius XM Politics Urban View, the “Black Eagle,” Green insists that President Trump “doesn’t need to commit a crime in order to be impeached!”  No joke, he really said it!  Read more on the next page about this brain surgeon’s hypothesis and how reality may soon catch up with him!