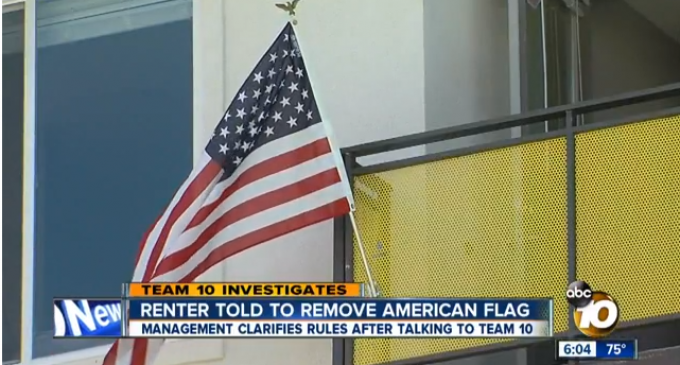 A San Diego State University student was forced to remove the American flag from his balcony by his apartment complex.

The student, Brad Smith, received the notice to remove the flag one month after moving in into the Boulevard 63 Apartments

“We were then told that it was for political reasons and that the flag could offend foreign people that live here, foreign exchange students,” Smith stated.