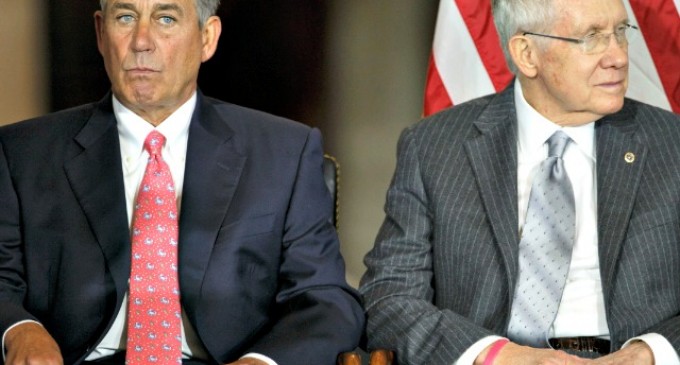 Senate Majority Leader Harry Reid (D-Nev.) stated Tuesday that he will accept Boehner’s Plan to pass an omnibus spending bill that funds the Department of Homeland Security for only a few months.

The legislation would fund all of government through September 2015 with the exception of DHS, which would be funded only till March.

This move is touted as a way to keep the government open and gear up to fight early next year. But is it really just a way to give Obama what he wants, only feigning opposition?