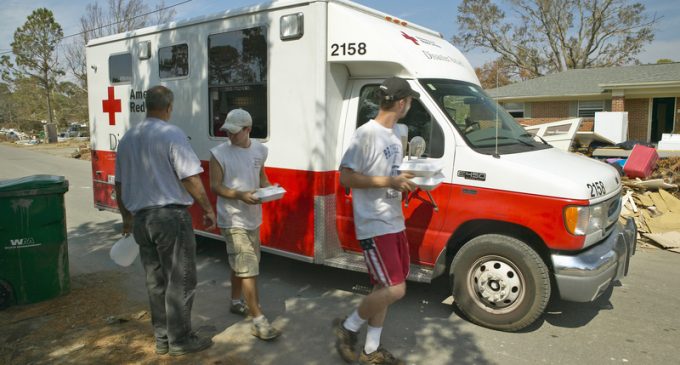 Hurricane Harvey has many people questioning the best place to send their charitable donations. Scams and fraud are rampant. Even prominent Arab-American Muslim activist Linda Sarsour got caught redirecting funds donated to Harvey Victims into a liberal political super PAC.

And sadly the Red Cross is another organization you should add to that list.

Despite the Red Cross’s sterling reputation during its early years, globalist greed has crept into their midst.

When the deadly earthquake struck Haiti in 2010, the Red Cross did just about as much good as the Clinton Foundation. Investigative reports show out of the $500 million donated to the Red Cross to help earthquake victims, only 6 small homes were built. Even though the Red Cross promised they’d provide homes to at least 130,000 people with the Haitian relief funds. Have A Billion Red Cross Dollars At Work

This also happened after Hurricane Sandy, according to investigative reports conducted by NPR and ProPublica.

That brings us to Hurricane Harvey, and the Red Cross has a sickening disclosure to make in connection to how they’re spending Hurricane Harvey funds. Learn more on the next page.