The FBI has tried and failed to pull President Trump into the Epstein mess. In recently released documents one of the victims mentioned that Donald Trump was a friend of Epstein’s, but when the FBI pressed her about it, the witness said she made the remark solely based on the fact that Epstein told her that was the case.

The FBI asked the victim over and over if Trump was ever with Epstein but to no avail: 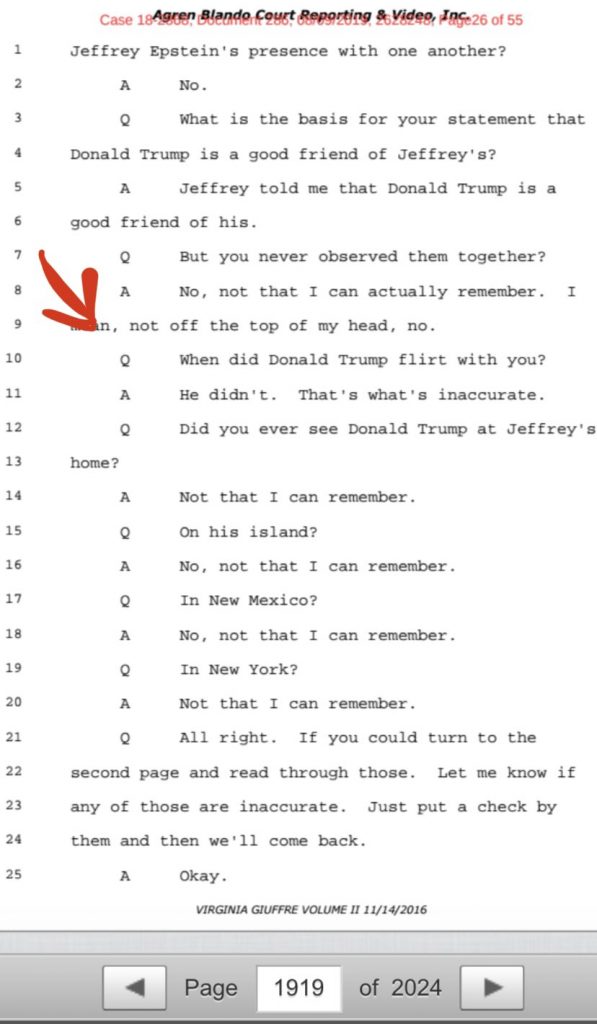 It looks like former President Bill Clinton and Attorney Alan Dershowitz are implicated in the case by the victims, but not so with President Trump.

This year American's will reelect Donald Trump as their President, despite the best efforts of the Deep State and any failed insurance policy they took out.