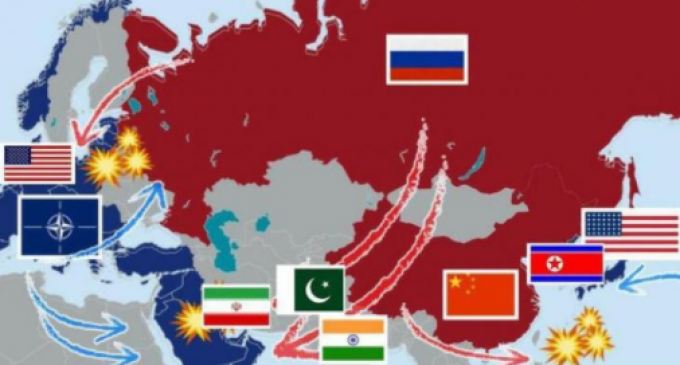 We ignore men like Dr. Paul Craig Roberts at our own peril. This is a man who was on the “inside” during the Reagan administration as President Reagan negotiated with President Gorbachev or Russia.

But more than that, he is considered the “Father of Reaganomics.” He also served as associate editor at The Wall Street Journal. His academic appointments are impressive, and he lists Oxford as one of the universities at which he studied.

While some of us might be at variance with Dr. Roberts on some of his views, he must not be dismissed. And when he rings the bell that war with Russia approaches, other issues tend to fade into the background. In fact, if one considers that the annihilation of a sizeable part of the human race would be the likely outcome of such a war, being concerned over who wins the NCAA basketball championship looks silly.