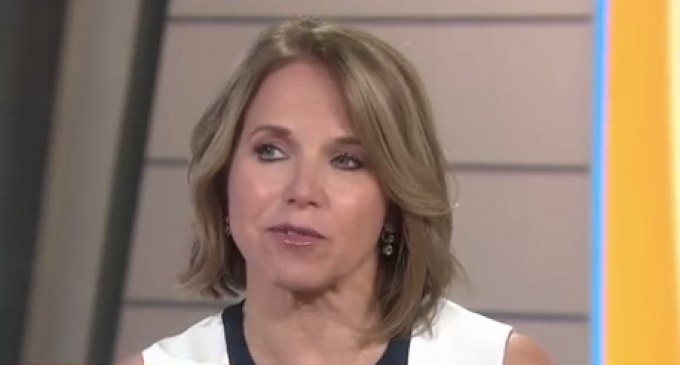 The mainstream media is so invested in its anti-gun agenda that it is not just willing to commit dishonest acts but defend them when they are called out on them.

Exhibit A is Katie Couric, a Yahoo! News anchor who hosted a new documentary called Under The Gun. Billed as a neutral look at an issue characterized by intractable disagreements and heated debate, the movie instead parrots the usual liberal talking points about gun control and actively tries to make gun rights advocates look stupid. Even Couric and the film's producers make no pretense about their true agenda, openly advocating for increased gun regulation and belittling those who disagree with them.

Indeed, the documentary descends into outright propaganda, most notably when Couric sits down with gun owners to discuss the topic. Fishing for a “gotcha!” moment, Couric asks them how people on the terrorist watch and no fly list can be kept from buying guns. Although the film follows up with the gun owners sitting silently for almost ten seconds, raw audio obtained by the Washington Free Beacon shows the exact opposite happened, with them giving detailed answers to Couric's question and articulating their position.

See the scene for yourself on the next page: