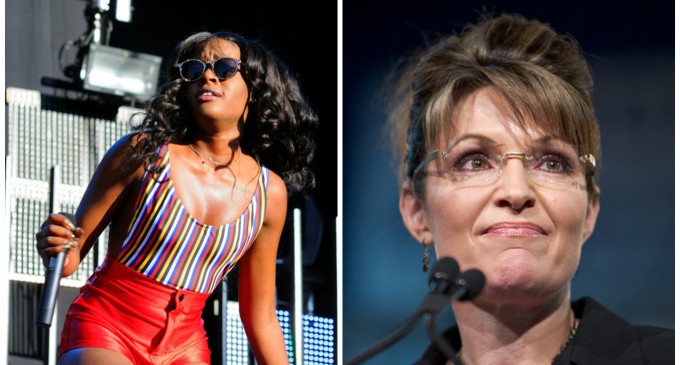 In what is one of the most bizarre attacks on a prominent conservative, controversial rapper Azealia Banks apologized to Sarah Palin for saying she should be raped, right before excusing her conduct.

A vocal and often volatile personality on both social and traditional media, Banks has drawn criticism even from her fellow liberals for perceived bigotry and general crassness. Perhaps she thought the media would turn a blind eye if she directed her crude comments at Palin, one of the Left’s favorite targets, but unfortunately for her, that was not the case.

Attemping to defuse the firestorm she created by saying someone should “run a train”, a vulgar expression referring to sex with multiple partners, on the former governor, Banks begrudgingly penned a letter apologizing for her remarks, although she was quick to defend her behavior as a “harmless” joke that wasn’t as crude as people who find things like rape horrific made it out to be.

Read part of Banks’ letter on the next page: