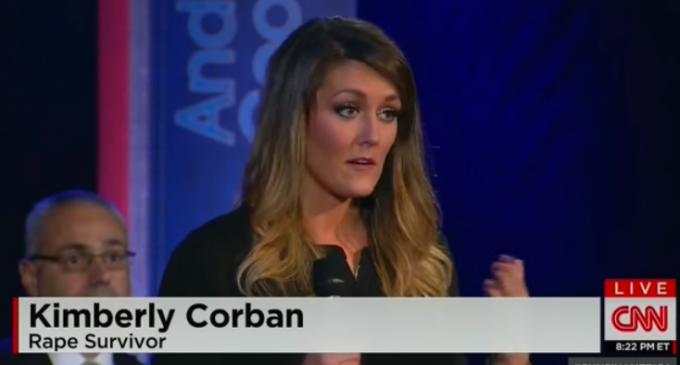 Kimberly Corban is a mother of two who was brutally raped by a man who broke into her apartment while attending college. Traumatized by this horrific ordeal, the formerly pro-gun control Corban found herself desiring a firearm with which to prevent further attacks against her.

It is for this reason that she opposes Obama's concerted efforts to limit the rights of gun owners. If the president has his way, the animal who victimized her will be free to commit similar acts without fear of his potential victims defending themselves, a point Corban made directly to the president on a Q&A for CNN.

Of course, Obama isn't used to this kind of treatment. He expects everybody to gush over him like they do in the mainstream media, so it was clearly discomforting for him when host Anderson Cooper turned the spotlight over to Corban. Obama was, you might say, disarmed by this sudden confrontation.

See video of Corban's questioning of Obama on the next page: