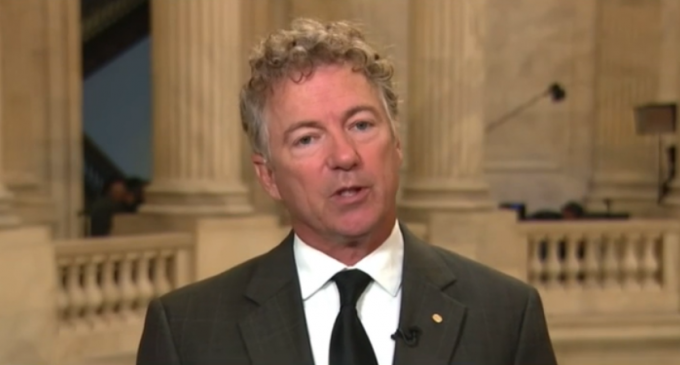 Wednesday on Fox News, Republican Senator Rand Paul blasted Attorney General Merrick Garland for his intentions to use the FBI as a suppression tool for parents who confront school boards on their ‘woke' policies. Paul warned Americans that they should now “be afraid of your government,” saying that watchlists of dissenters already exist.

Paul said moms at school boards are now being told ‘they are criminals' as he slammed the Justice Department's plans to draft in the FBI to prosecute parents for protesting against the likes of critical race theory (CRT) and transgender ideology being taught to their children in schools across America.

“I think criminalizing dissent is something that we should all be appalled with,” Paul told host Ben Domenech.

“I would say be afraid,” Paul said. “Be afraid of your government. That’s a sad thing from someone in the government to say, but the thing is, is those lists already exist.”

“For example, people in northern Virginia that have gone to [protests], have been then sought out by the school council, by the members of the school board and retaliated [against] in a sort of legalistic way to try to put them on some sort of list and chill their speech by letting them know there’ll be a penalty for showing up and protesting,” Paul continued.