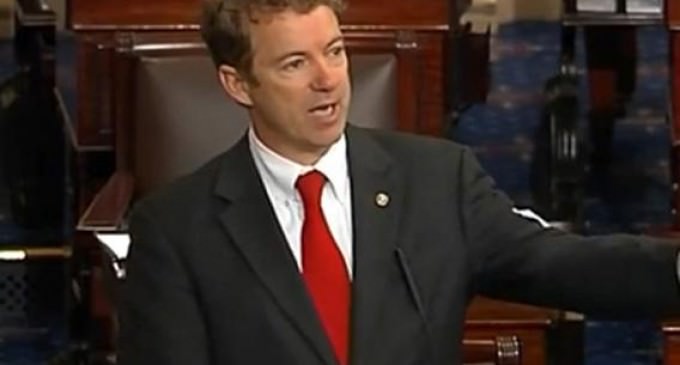 Kentucky senator Rand Paul launched a filibuster Wednesday afternoon against the renewal of a provisions of the Patriot Act, including Section 215, which permits the controversial bulk collection of American's phone records by the NSA. The Patriot Act is set to expire at the end of May.

Rand Paul’s office stated that the senator will “speak until he can no longer speak,” and if the past is any indication, he could be at it for quite a while.