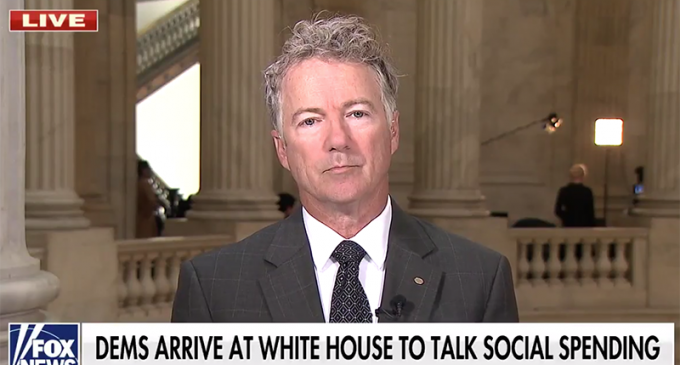 “If you look at the sifting through our bank accounts and either at $600 level or even a higher dollar level when the IRS goes through all of their bank accounts; All that comes in, all that comes out. 75% of that money is on people making less than $100,000 per year,” Paul explained.

He concluded, “So, it is a lie that they are only going after rich people. They are going to go after ordinary people and they will squeeze and squeeze more money out of you if they possibly can.”

“The lie that this is only about going after rich people is frankly not true and they will go after a lot of ordinary people when this thing gets passed,” Paul emphasised.

See the interview next page.