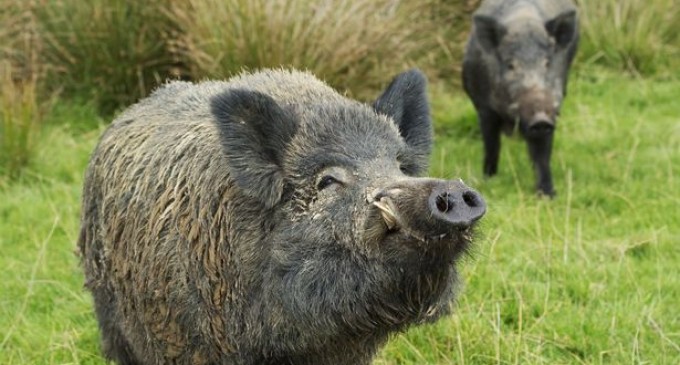 Japan has had no shortage of attacks by radioactive monsters over the past fifty years, first Godzilla then Mothra, and the kaiju. Now they're being attacked by radioactive wild boars. The only difference between these boars and the creatures mentioned above is the fact that these boars are real.

In the wake of the Fukushima event, the nuclear disaster zone has been overwhelmed by wild boars, whose population has increased at an alarming rate over the past four years.

With so many boars roaming the area, there have been reports of devastation to crops and farms in the surrounding areas. Since the nuclear disaster in 2011, an estimated $15 million in damages have been reported from boar activity.

Among the crop damage, there are also reports of boars roaming the streets and injuring residents. Scientists have been searching for a reason for this dramatic increase in the boar population. Meanwhile, you won't believe how the Japanese government is trying to solve the problem.

Read what they're doing on the next page.