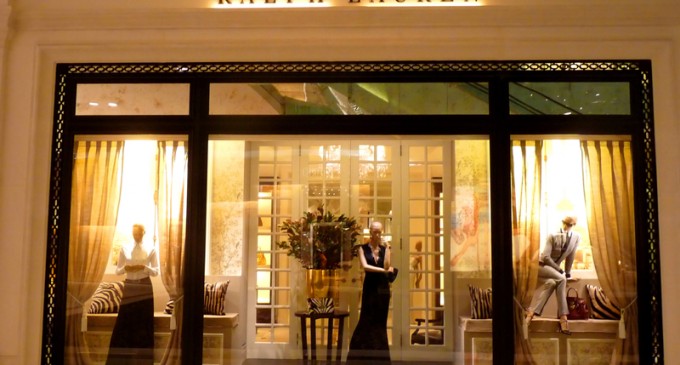 Remember how the White House spun the new unemployment rate which reportedly fell to 4.7 percent in May?  It is time to add many more to the unemployment rate as Ralph Lauren has announce that it is closing 50 stores, resulting in a loss of 1,000 jobs.

With roughly 43% of unemployed Americans, no longer looking for work, this new batch of jobless men and women demonstrates how failed Obama's economic recovery actually is.

The company is restructuring under the new leadership of CEO Stefan Larsson, who replaced the founding CEO, in order to attempt a $220 million savings over the next year.

The past three years have been struggle for the business stated Larsson, who says that they must do a ‘better job to give the consumer something really exciting'.

Profits fell by 22 percent this past fiscal year, as the stock fell by almost 48 percent from the high point of $182.74 per share in December.

Retailers across the country have struggled in the Obama anemic economy, seeing slow or no growth, thus forcing stores to close to try and survive the failing ‘retain climate'.

Read more about the Ralph Lauren closure on the next page, as it joins the massive list of business who have failed due to the Obama plan.