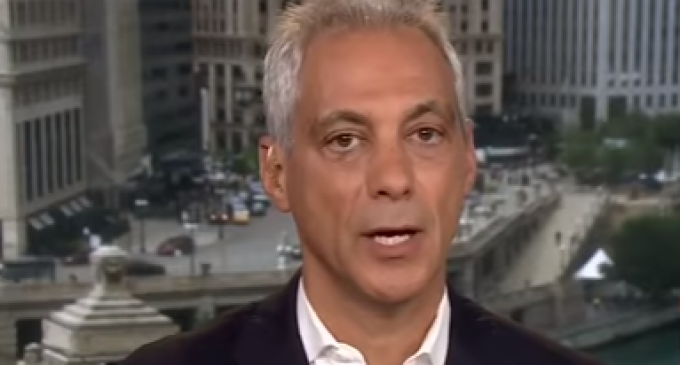 Chicago Mayor Rahm Emanuel is fighting hard for criminals in Chicago — and he's escalating his war against the Trump administration in the process.

Emmanuel's beleaguered city has been overrun with lawlessness for years. Homicides as a result of gun violence have skyrocketed, prompting the city government to ban guns within city limits. This move has done nothing to prevent criminals from keeping guns, but has stripped law-abiding citizens from the protection that may need to defend themselves against the wave of violence that has overtaken the city.

And that's not the only place where law abiding citizens are being ignored by Chicago's liberal city government. Mayor Emanuel is also focusing his efforts on the “rights” of criminal aliens living within city limits.

Many cities have sanctuary policies in place, but Emmanuel has been one of the most vocal opponents to the Trump administration's crackdown on such laws. It makes sense, as a former Obama administration official, Emmanuel likely takes this installation of law enforcement personally.

See how he's expanding his city's fight for illegal aliens on the next page: