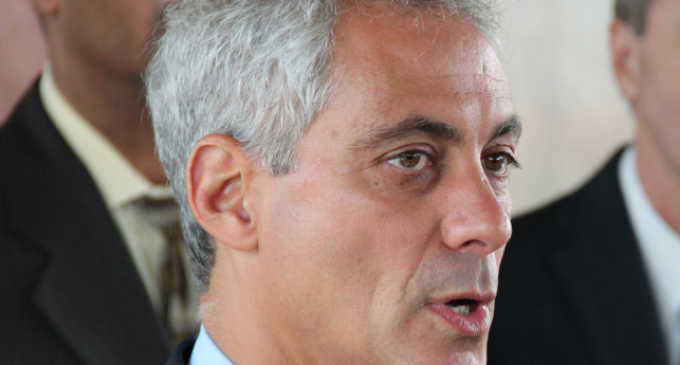 Chicago’s reputation has taken a considerable hit in the years since Rahm Emanuel took charge of the city — but Emanuel doesn’t seem very interested in tackling the city’s biggest problems.

Despite a sky-high murder rate, this week, Immanuel announced plans to move forward with a plan to help illegal immigrants remain in Chicago.

Decreasing the number of illegal immigrants in any given city is an easy fix to help decrease the crime rate. Not only are these individuals criminal by definition, they also tend to be less educated, less wealthy, and altogether more predisposed to a life of crime. Considering they have no right to live in the United States to begin with, complying with federal law enforcement should be a no-brainer. The city gets to rid itself of needless crime and ICE has an easier time enforcing immigration law.

But Emanuel has no plans to comply with ICE. Instead, he’s improving illegal immigrants’ access to city services.

See how he’s implementing the absurd plan on the next page: