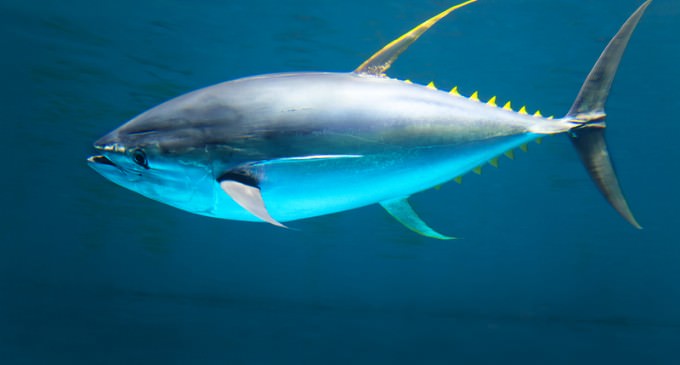 Radioactive Tuna is not a new punk band but the result of the 2011 Fukushima disaster.  Making the 6,000 mile trip from Japan, the blue fin tuna carried radioactive contamination from the nuclear power plant to the shores of California.

The amount of radioactive cesium is 10 times higher in the tuna, than in prior years, and the governments of Japan and the U.S. say it is still far below safe-to-eat limits, but can this statement even be trusted?

A researcher, Nicholas Fisher, reported the findings online at Proceedings of the National Academy of Sciences said that they “were frankly kind of startled.”  Scientists did not expect the nuclear fallout to last in huge fish that travel the world because they were thought to be able to “metabolize and shed radioactive substances.”

One speculates as to whether any of these scientists would be willing to consume any of these blue fin tuna that are showing up on the California Coast bringing with them the nuclear fallout from Fukushima.