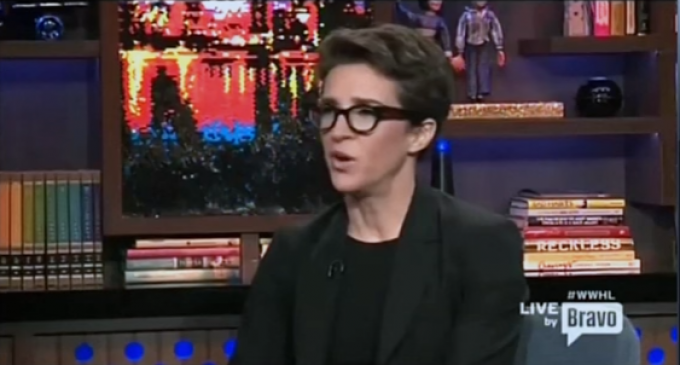 The left’s penchant for paranoid fearmongering has been on display since November, but one prominent liberal media personality took their conspiratorial kookiness to a whole new level this past week.

As far as MSNBC hosts go, few are quite as pernicious as Rachel Maddow. Although she may not be quite as petulant and loud-mouthed as some of the more notorious names formerly associated with the network like Ed Schultz and Keith Olbermann,the progressive news anchor still manages to exude an attitude that reeks of condescension and self-importance, smugly lecturing conservatives about how they just don’t “understand” the Constitution even as she calls for it to be changed so that it may reflect “modern” sensibilities.

So as you can imagine, Maddow has been especially insufferable since the election of Donald Trump, parroting her viewers’ delusions that he is a tyrant in the wings ready to take control.

See video of Maddow on the next page: