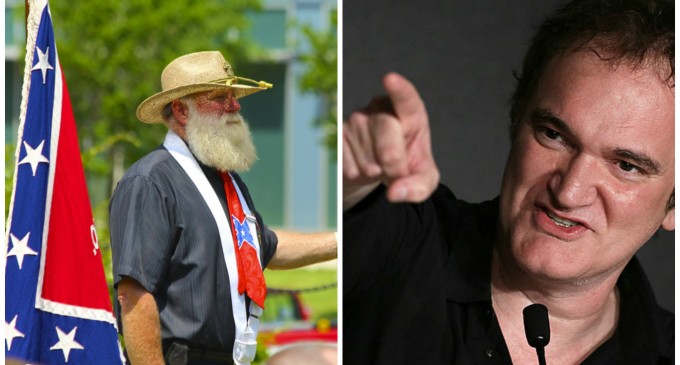 Gone are the days when filmmakers made movies and kept their mouths shut about political issues. Today, standing in front of a camera is like being on a podium, or so people think. While many of the original forms of film were designed to push political issues, their writers and directors weren’t waving flags of political correctness and whining like Quentin Tarantino, whose career is made up of more crying than a newborn baby.

The filmmaker responsible for such hits as Reservoir Dogs, Pulp Fiction and Kill Bill Vol. 1 & 2 sat down with a journalist from The Telegraph in regards to his latest film, The Hateful Eight. His newest film, which saw its fair share of setbacks due to piracy issues and the release date of a certain Disney owned film, revolves around a black Union soldier played by Samuel L. Jackson. It won’t take you many guesses to piece together what kind of agenda is being set by this film, which was solidified when Tarantino called the Confederate flag an “American Swastika”.

Clearly he didn’t do his research.

Read Tarantino’s justification on the next page.