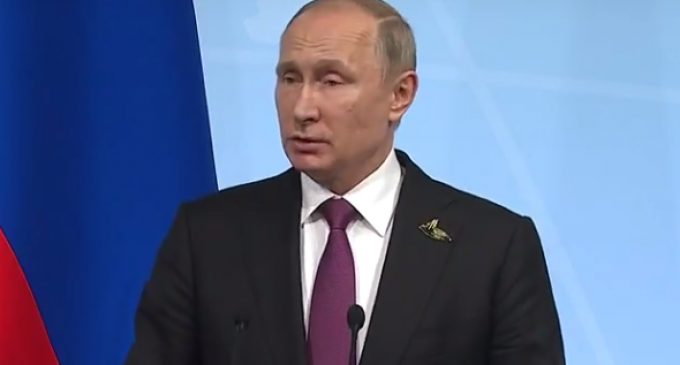 As the media and political pundits begin to assess the results of the first Donald Trump and Vladimir Putin summit, one of the principals thinks progress was made that could lead to better relations between the two superpowers.

Russian President Putin shared his observations in a press conference at the G20 summit after his historic face-to-face meeting with President Trump.

The media buildup prior to the meeting heightened expectations that the two strong leaders might be able to create a rapport. During his presidential campaign, then-candidate Trump often speculated it would be a positive thing for the world if the relationship with Russia could be improved.

Under the leadership of President Barack Obama, relations between the two countries deteriorated to one of its lowest points since the breakup of the Soviet Union in 1991. Then-Secretary of State Hillary Clinton’s farcical attempt at a “reset” in the relationship sent American diplomacy off the rails.

Learn the surprising viewpoints offered by the Russian leader in his press conference and the specific areas of cooperation he sees developing. Details are on the next page.