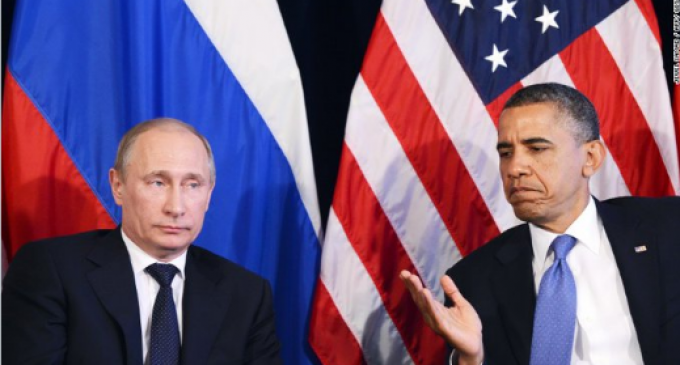 The Democrats are going to regret blaming Russia for Hillary Clinton’s loss and demanding retaliation for it because people are starting to call their bluff.

Unwilling to accept that Hillary lost because she was just that bad of a candidate, progressives have embraced this narrative that Vladimir Putin directed Russian intelligence to leak sensitive emails from the Democratic National Committee. Not hack voting machines so that Donald Trump could get more votes mind you: they believe that the Russians settled for exposing underhanded tactics and wrongdoing by their own party.

You would think they would be grateful to the Russians for revealing how the Democratic Party duped them, but instead liberals have descended into neo-McCarthyist hysteria, shrieking about the need to “punish” Russia for denying their candidate her last chance to become president. After today however, they’re probably going to wish they had kept their mouths shut.