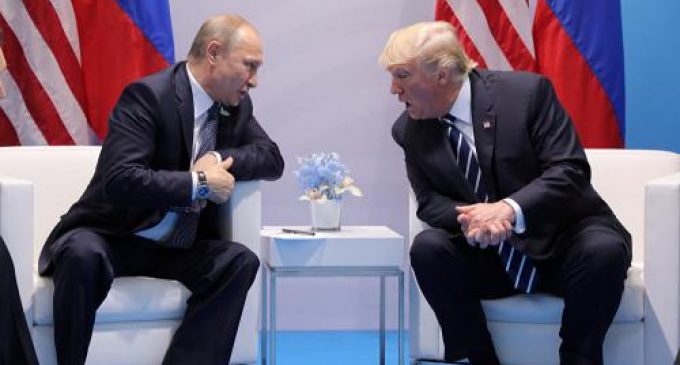 Scheduled to meet for a half hour yesterday, President Donald Trump and Russian President Vladimir Putin went overtime, talking for two-and-a-half hours on a broad range of topics.

The meeting readout afterward provided different viewpoints from both sides regarding alleged Russian interference in the 2016 U.S. presidential election. The two nations top diplomats provided commentary on the meeting.

Secretary of State Rex Tillerson claimed the president pressured Putin at the outset to acknowledge the intrusion into the election. Russian Foreign Minister Sergey Lavrov countered that President Trump had accepted Putin’s assurance that no such meddling occurred. Tillerson dismissed the Russian interpretation of the discussion.

As the first face-to-face meeting of the two leaders of the most powerful nations in the world, their discussion sucked all the oxygen and media attention out of the G20 summit in Hamburg, Germany.

Learn how Putin countered the president’s insistence on discussing Russian interference and how it parallels the ongoing congressional investigations and media hype. The story continues on the next page.