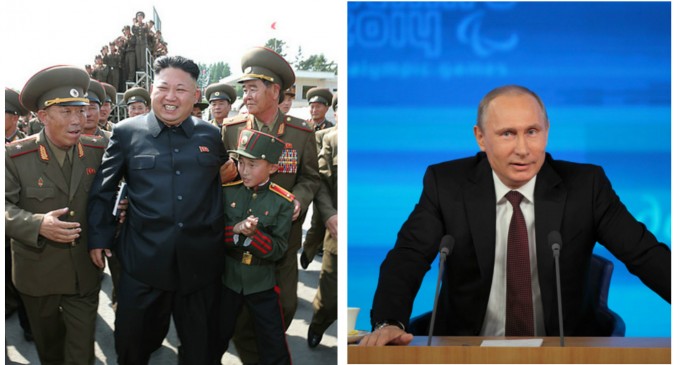 The North Koreans are delusional, which makes for a very dangerous opponent. They have spent sixty five years threatening South Korea and the U.S., and are essentially a bankrupt and unstable regime.

In 1994 Korea signed a nuclear non-proliferation treaty forswearing nuclear weapons development in exchange for a rich cache of goodies from the Bill Clinton administration. It was obviously a ruse, but the Clinton administration was desperate for political win, and so they pretended the agreement was sincere. Now we see that the North Koreans are much further down the road in nuclear weapons development, and they actually have some weaponry to back their bluster.

President Barack Obama has no political capital in which to counter the loopy North Korean regime, and so another world power has stepped in to let the Koreans know in no uncertain terms that military aggression will earn them a serious, damaging rebuke, and not just a luke-warm United Nations sanction, but a real life military stomp-down.