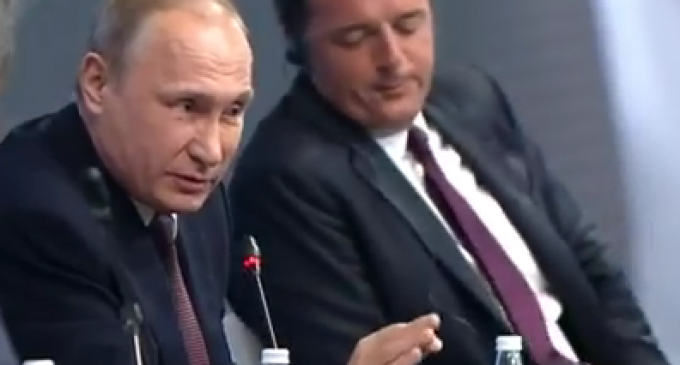 The American media has a tendency to take things out of context for the sake of their own agendas. Of course, you don't need to be told that to see the truth in it. And our current presidential race holds plenty of evidence to back up that claim. All you need to do is surf the Internet for less than three minutes to find a liberal news article attempting to slam Donald Trump for something he may or may not have said.

While American news typically is meant to influence Americans, we tend to forget that because the United States is a “superpower” other countries pay attention to what's being said in our media, as well. Why? Because America has a history of interfering in other people's business, which means that other countries share a stake in the fate of the American people.

During a televised interview with Vladimir Putin, a reporter takes Putin's comments about Trump out of context – which he gets called out on – and starts an interesting conversation about how other countries view American politics. In this interview Putin brings up many good points, one of them being that Russia doesn't interfere with American politics, so America needs to stop interfering with Russian politics.

As we all know, President Obama is to thank for the rocky state of relations between the United States and Russia.

You can watch this interview in a video on the next page.