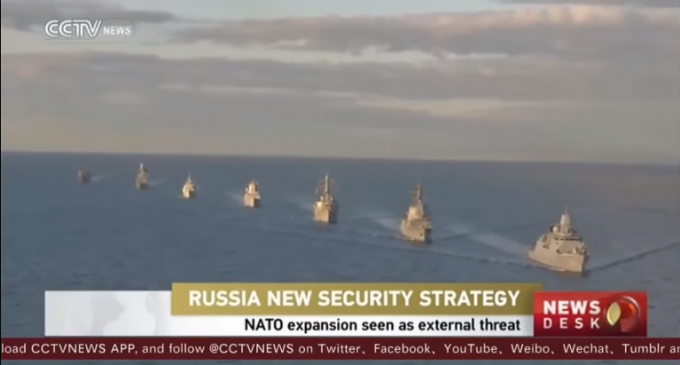 Back in the 2012 presidential election, Mitt Romney stated that Russia was still our biggest geopolitical challenge, for which he was roundly criticized equally by Barack Obama and the press.  It turns out that Romney was spot on and that Russia has become increasingly belligerent and aggressive over the last few years while Barack Obama has shown he is unwilling or unable to project strength and leadership in the international arena.

Russian Premier Vladimir Putin, on the other hand, has shown his determination to rebuild the glory of the former Soviet Union through annexation of the Crimea and the eastern part of Ukraine, and more recently with his undertaking a leading role in the destruction of the Islamic State (ISIS) in support of Syrian President Bashar Assad. Of course the support of Assad has also allowed Russia to become more deeply enmeshed in Middle East politics, and it has also demonstrated to the world that Obama is weak, ineffective, and indecisive where strength truly is called for.

Putin signed a paper on New Year’s Eve outlining Russia’s claim that NATO is a threat to its national security, and accused the United States of pursuing a policy of containment towards Russia. As they say in the game of football, the best defense is a good offense, and it is clear that Putin’s ambitions are much greater than are currently displayed on the map.